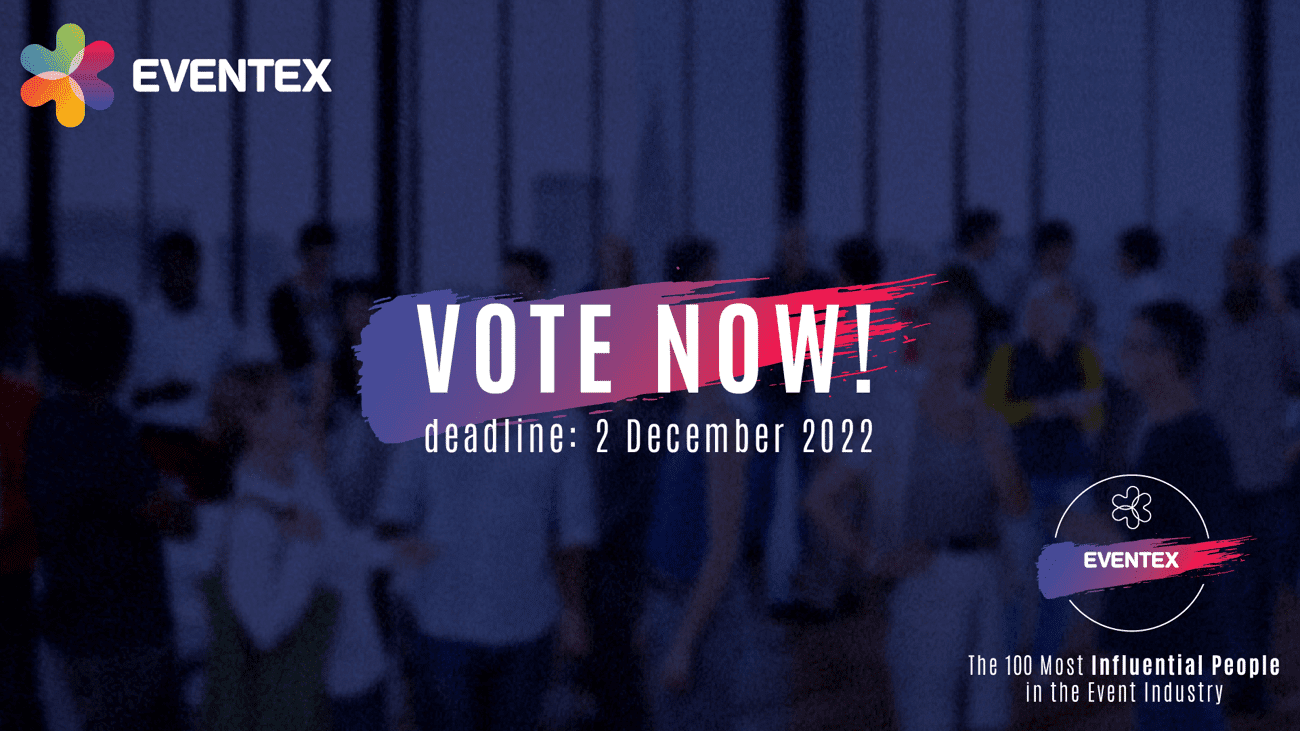 We are delighted to announce that Shocklogic’s CEO and Founder, John Martinez, has been nominated for the third consecutive year as one of “The 100 Most Influential People in the Event Industry” by Eventex.

This list recognises exceptional industry figures from around the globe who have left a mark on the industry with their creativity, vision, and capacity for innovation. It is decided entirely by the public who first get to nominate and then vote on who they believe has influenced the industry the most lately.

“This is such an honour to be nominated again this year, amongst such an amazing group of my industry peers. I would really appreciate your vote!”

Voting is now open to everyone, and it only takes a few seconds. You can select up to 10 names to vote for, and we hope you can include John Martinez in your selection. Here is how to vote:

Voting closes on Friday 2nd December, with results announced the following week. Thank you so much in advance!